After the smashing NO of the Greek referendum, Greece’s people have much more than before an established belief that the country’s euro-“partners” have no intention of helping this Greece. Or, at least, this Greece by this (leftist) governmenet , which the eurolenders definitely dislike.

“There is no base of new negotiations, and solidarity is needed from both sides” Angela Merkel said today, on the greferendum-after euro-summit

But is this a joke? 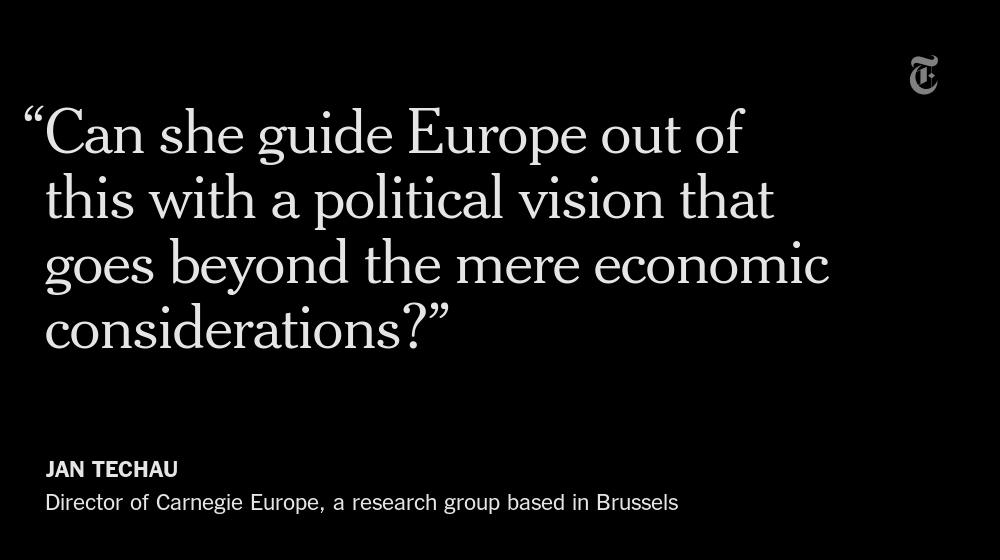 It is almost half a year now, that the hope for which Alexis Tsipras was elected on January, has been unstopably canceled by the European creditors’ side, multiple times a day, every single day, since Alexis was elected . Today, it is true, Greeks have been left with no traces of hope for a more altruistic, humanitarian, or at least, fair stance form the European side.

And it is almost proved , that there hasn’t been any  such intention from Euro creditors ever.

Here is how this was unveiled recently

It was just two days before the referendum in Greece , while the Greek’s agony, mass mind torture and mass despair, were rising on the peak, by closed banks frightening as never before the daily life in every single Greek household, and while the armed missinformation propaganda was chocking any thought of democratic freedom , when NYT decided to publish the true story, word-by-word, that led Greece to its worst No-way-out.

It was exactly just on time, two days before the referendum, that the Greek heart had started to overcome the foggy laid set up of misleading information , the scary blackmailing quotes of European aders and Greek exleaders claiming that a no would be a Grexit d nothing else, and also,  it was the moment that Greeks, and especially the veterans Greeks had  found the courage to stand on the line for 50 euros daily, -the most lucky of them-, or 120 weekly the pensioners-, but not minding at all for these moments, since the brave Greek heart had awakened Greek mind and had let them see beyond that presend foggy shade. Greeks looking straight to the clear blue sky and Greece’s horizon decided  to say a brave NO to the world.

None could deny, of course,  that the shock of the banks’ closure , which was scheduled to last throughout the pre-referendum week , and after, was not of the best sufficient tools to scare the Greek public on real terms, picturing a humble tomorrow, for all the Greek families in case they would vote for the NO, as the Euro creditors would see it, while they were keeping reassuring that this was it: You vote NO, that’s what your life is going to be, and worst….

But the NYT article, on July 3, surprisingly revealed on its article 48hs before the 5th of July referendum, that this was what W.Schaublhad suggested on the last nightmarish- for Greece eurogroup, when also, the “Take it or reave it” ultimatum was said straightly to Yianis Varoufakis, shamelesssly, in forn of all the Euro finance ministers in a supposted to be United Europe financila summit.

..Yanis, if you keep talking about the debt, a deal will be impossible, Mr. Dijsselbloem said, according to people who were briefed on the exchange between the two men.

Even the latest proposal from the creditors was too lenient toward the Greeks, Mr. Schäuble argued, saying that he saw little chance that he could get it past the German Bundestag, the national parliament of the Federal Republic of Germany.

The only solution here is capital controls, he said, his voice rising.

But Mr. Varoufakis persisted on the issue of Greece’s staggering debt load, ignoring the admonitions of Mr. Dijsselbloem and others.

Then Mr. Varoufakis turned on Christine Lagarde, the French director of the I.M.F.

Five years ago, the fund had given its blessing to the first bailout, doling out loans alongside Europe despite internal misgivings that Greece would be in no position to repay them.

Now the I.M.F. was pushing Greece to sign up to yet another austerity program to access more loans even though the fund had now concluded that their initial misgivings were correct: Greece’s debt was unsustainable.

I have a question for Christine, Mr. Varoufakis said to the packed hall: Can the I.M.F. formally state in this meeting that this proposal we are being asked to sign will make the Greek debt sustainable?

Yanis has a point, Ms. Lagarde responded — the question of the debt needs to be addressed. (A spokesman for the fund later said that this was not an accurate description of the exchange.)

But before she could explain, she was interrupted by Mr. Dijsselbloem.

It’s a take it or leave it offer, Yanis, the Dutch official said, peering at him through rimless spectacles.

In the end, Greece would leave it.

Greek bravery would win , though  Yianis would have become, 10 days later,  a “Minister No More”.

But it was not only this part of the harsh european manner towards Greece, of these latest words to Yianis Varoufis   that set fire on the Greece- and- its -creditros relationships that led to the referendum. 0n the same article of  the NYT , the whole proceedure, and intention, of a non agreement  is unveiled 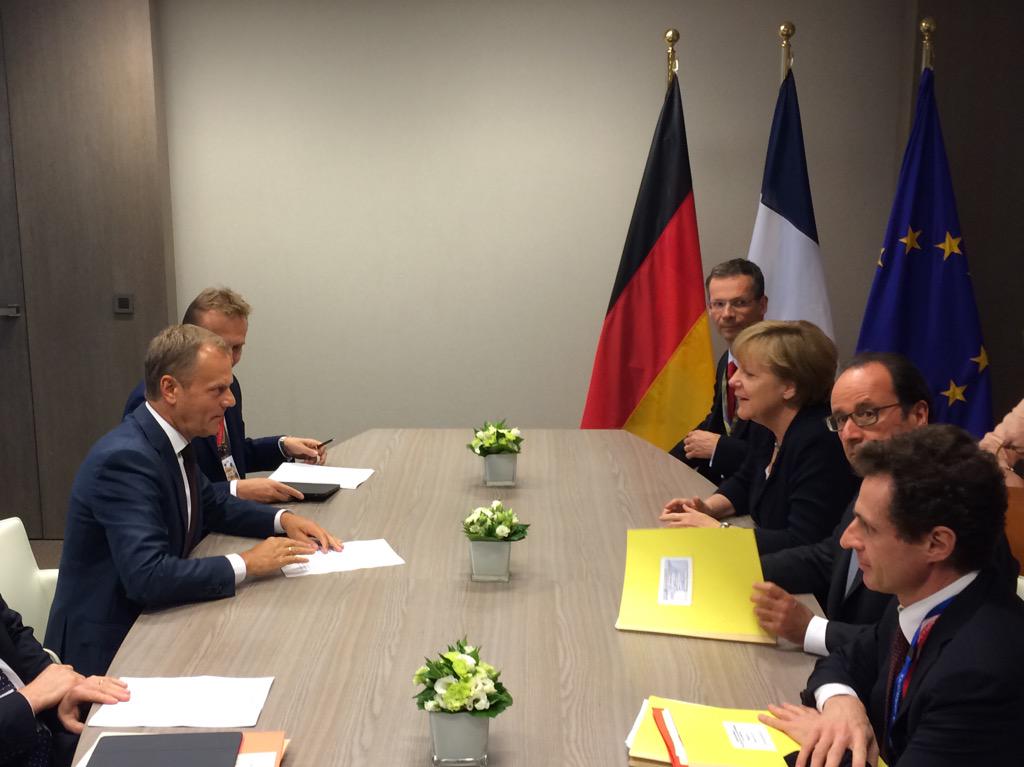 …That Monday, June 22, Greece’s technical team in Brussels submitted an eight-page proposal to their counterparts. The paper was an effort to bridge a six-month divide on how Greece planned to sort out its future finances.

For political reasons, the Tsipras government had said it would not cut pensions or do away with tax breaks that favored businesses serving tourists on the Greek islands. Instead, the new Greek plan envisaged a series of tax increases and increases in pension contributions to be borne by corporations.

The initial response seemed positive. Both Pierre Moscovici, a senior finance official at the European Commission who is known to be sympathetic toward Greece, and Jeroen Dijsselbloem, the head of Europe’s working group of finance ministers who is one of Greece’s harshest critics, said on Tuesday that the plan was promising.

The Greek team was elated. For the first time, the Greek numbers were adding up.

The next morning, though, that optimism evaporated.

Greece’s creditors — the I.M.F., the other eurozone nations and the European Central Bank — sent the Greek paper back and marked it in red where there were disagreements.

The criticisms were everywhere: too many tax increases, unifying value-added taxes, not enough spending cuts and more cuts needed on pension reforms.

The Greek team couldn’t believe it. The creditors had seemed to dial everything back to where the talks were six months ago….

The specific NYT’s article, indeed, reading it back again, -from today’s point of reality, where Europeans find Again Greece’s negotiation role as inadequate-,  is sheding light to thuth behind the Eurogroup closed doors, which Europeans, probably, never wanted to be unveiled.

Apart from that, it was also around those days of 3-5 of July that IMF decided to publishize officialy its report that had assesed the Greek dept as non susstainable, early enouph, and of which the Euroleaders had been fully aware. A publication of which, the Reuters had wrote  that

the report could distract attention from a view they share with the IMF that the Tsipras government, in the five months since it was elected, has wrecked a fragile economy that was just starting to recover.

It was the dept reduction, restructure or reform, that had made Yianis Varoufas sying, while he was Finance minister that he would better cut his hand than sign an agreement without debt reform.

Finally , Yianis sacrifised himself on the altar of a deal for Greece, but debt reform still remains as priority on the table .

This is Yianis Varoufakis’ resignation statement as he released it on Monday July  6.

The referendum of 5 July will stay in history as a unique moment when a small European nation rose up against debt bondage.

Like all struggles for democratic rights, so too this historic rejection of the Eurogroup’s 25 June ultimatum comes with a large price tag attached. It is, therefore, essential that the great capital bestowed upon our government by the splendid no vote be invested immediately into a yes to a proper resolution – to an agreement that involves debt restructuring, less austerity, redistribution in favour of the needy, and real reforms.

Soon after the announcement of the referendum results, I was made aware of a certain preference by some Eurogroup participants, and assorted “partners”, for my … “absence” from its meetings; an idea that the prime minister judged to be potentially helpful to him in reaching an agreement. For this reason I am leaving the ministry of finance today.

I consider it my duty to help Alexis Tsipras exploit, as he sees fit, the capital that the Greek people granted us through yesterday’s referendum.

And I shall wear the creditors’ loathing with pride.

We of the left know how to act collectively with no care for the privileges of office.

I shall support fully Prime Minister Tsipras, the new minister of finance, and our government.

The superhuman effort to honour the brave people of Greece, and the famous oxi (no) that they granted to democrats the world over, is just beginning.